Baku Olympic Stadium: this impressive 68,000-seat venue has been designed to meet UEFA’s highest international standards. The stadium was completed in 2015; in time to host the first ever European Olympic Games. It was an honour for Vector Foiltec to be part of the team with its impressive Texlon® ETFE facade and roof system.

The Baku Olympic stadium was an extremely fast-track project. Our ability to provide turnkey solutions, in a limited time, meant that we were best placed to deliver the project within the ambitious 18-month design and build schedule. Our in-house multidisciplinary expertise ensured a seamless transition into the design. Early involvement meant that we were able to successfully influence the design to expedite the complex installation of the 51 meter high facade, with 600 Texlon® ETFE cushions. White pigmented foils on the outside, and transparent on the inside, provided perfect illumination possibilities of the facade – an eye-catching highlight during night.

The lightweight structure with its diamond shaped panels meant that substantial savings could be made in the steel tonnage, which resulted in cost savings and environmental benefits. The Texlon® ETFE facade assists with these goals, while adding to the aesthetics of one of the most iconic buildings in Baku.

Relive the magic of the Baku 2015 Opening Ceremony of the first European Olympic Games, featuring Lady Gaga. Watch the video on YouTube and feel what the visitors and the cast of thousands who watched it live all around the world felt.

In addition: The Olympic Stadium, Baku, Azerbaijan hosted the UEFA Champions League in 2017 and UEFA Europa League Final on 29 May 2019. 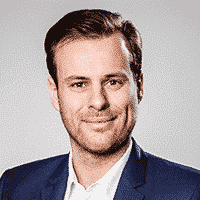 Find out why the building material ETFE is the perfect solution for stadia and their surroundings and which are the creative possibilities of ETFE cushions for roofs and facades: contact us now.