Frosilo – a pair of converted seed silos in Copenhagen that now contain some of the neighbourhood’s most sought-after apartments. Awarded as Best Building by the City of Copenhagen, Frøsilo is a residential showpiece located in the old harbor area of Copenhagen. At first glance, the building has a seemingly incomplete appearance; a bare structure. It was constructed from former silos, thus, named accordingly, the building name took after the Danish word for silo “Frøsilo”. Due to the original minimally bare design of the silos, the challenge behind this project was working around the structural limitations. With this challenge in mind, we installed two Texlon® EFTE roofs, allowing for Frøsilo residents the feeling of inhabiting a futuristic utopia.

The two roofs cover an impressive area of 1,040 m2 and are constituted of a two-layer Texlon® ETFE system. The roofs are shaped like domes, allowing for a divine finish to an already impressive structure. They welcome its residents with an abundance of natural lighting as they live their daily lives. These unusual buildings that once had an empty feeling to them, now house residents in 84 futuristic apartments.

The apartments stretch around eight floors and are based on a structural system of reinforced concrete. We used Texlon® ETFE for the roofs due to its lightweight characteristic, therefore requiring less structural steel to support it. Our ETFE solution was a unique approach to cover the silos due to the systems’ impressively lightweight characteristic.

Copenhagen’s Frosilo apartments received the City of Copenhagen Prize for Best Building, 2005. Congratulations to all involved!

Contact us and take advantage of ETFE’s lightweight characteristics for your next project. 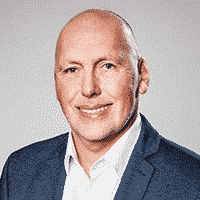