Natural Light in the Passenger Areas

The concourse was also used as a gateway for the Commonwealth Games in 2002 and subsequently featured as a backdrop to TV news footage during the games.

The winner of several major Transport Interchange awards, a RIBA award, and a Roses Design award has transformed this urban hub into a structure worthy of the 21st century. 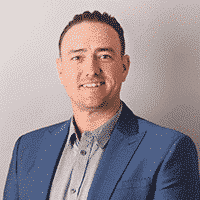 All images of this ETFE project are copyright to © Sam Peach.

Work With Us On Your Next Refurbishment Project

Even though a lot of legendary architects work with us, we also embrace quite an unusual, intelligent approach when dealing with communities and municipalities. For us, some of the biggest challenges we face are the ones that are almost invisible and hardly recognizable to most people in a community. But they have a significant effect because the everyday lives of normal people really are positively affected by them on a day-to-day basis, even if most of them do not notice these solutions. We already worked on refurbishment projects and new architectural buildings – which challenge do you have for us?

Gives us a call for your next project.