The Waitomo Glowworm Caves, on the North Island of New Zealand, allows visitors to take boat rides into the spectacular cave guided by the light from thousands of glow-worms – Arachnocampa luminosa. The Waitomo Caves were formed from limestone transported by water over thousands of years and have been a popular tourist destination for over 125 years – attracting up to 500,000 visitors per year. The original visitor center was damaged by a major fire in 2005 causing a huge economic blow to the local community.

Vector Foiltec worked closely with Architects and Structural Engineers to develop the form of the canopy, which is aligned with the curve of the Waitomo stream. The design of the Waitomo Glowworm Caves Visitor Center was an opportunity to showcases how engineering, the environment, and local culture, can fuse together in harmony.

The structure of the entrance canopy comprises prefabricated interwoven pine laminated veneer lumber (LVL) grid with a beautiful Texlon® ETFE cladding system, which follows LVL ribs in alignment with the curve of the Waitomo stream. The inflated Texlon® ETFE panels are structurally efficient in spans of 4 – 5 meters and were tethered over the grid shell structure. The canopy provides shelter to visitors entering and exiting the caves.

The Waitomo Glowworm Caves Visitor Center was awarded the prestigious Architecture, Commercial Engineering Excellence and the Clever Solution Awards at the Timber Design Awards in October 2010 – a truly deserving winner!

Contact us for more information about canopies of Texlon® ETFE cladding systems. 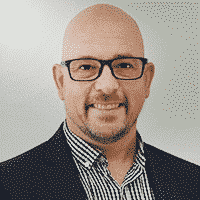